Home » Financial » Dude…Where’s My Car?
a 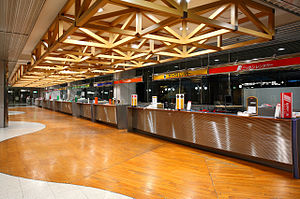 It’s almost an inevitable question when talking with people who aren’t fully immersed in the FPU plan. When I tell people that I haven’t had a credit card in now eleven years, they have a tendency to say, “You don’t have any credit cards whatsoever?! How do you…rent a car. I hear you can’t rent from most rental car places without a credit card!”

Now, if that’s you, I don’t mean to offend you, but you’re a little behind the times. With what I get to do, I have traveled every year, for the past ten years, more than most people I’ve ever met. (See the Southwest Airlines post to see how many flights.) I say that to then say, I’ve done all of that travel with only two debit cards; a business debit card and a personal debit card. Now, in the early days, it was a little difficult to rent from the companies that charge too much for a car, but why rent from them anyway. The reason they didn’t take debit cards was simple, you most likely won’t upgrade with a debit card. They’ve since realized that they are losing business by not taking them. For the last five or six years, I haven’t found a company that still only takes credit cards.

With that said, there are some things you have to deal with. Most places ARE going to put a hold of a certain amount on your bank account. But again, if you’re following the plan, you should actually have MONEY in your account. It’s usually anywhere from $150 to $300, and it gets removed when you turn in the car and pay for it. At an airport rental place, you most likely can’t rent one way with a debit card without calling first. And, it’s always a good idea to call anyway just to make sure you haven’t found the one branch that’s still stuck in the past. (We almost never actually call and I still haven’t had a problem.) Other than that, it’s the same as with a credit card. The world is changing my friend. The more people refuse to use credit, the more companies will pay attention!