In EntreLeadership, I teach that as a leader, you must have power but seldom use it. Now for most of us, it’s not hard to imagine a powerful leader. But it takes some time for us to wrap our heads around the concept of a leader who doesn’t use that power often. I mean, what’s the point of being a leader if you aren’t using your power…right? 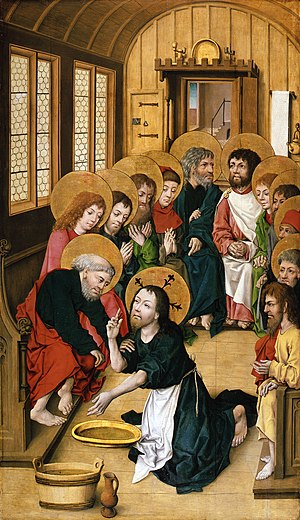 Well, I’m not saying that you don’t ever use that power, I’m saying you seldom use it. If you’re using every day to flex your leadership muscles, then you’ve not understood what leadership is all about. My belief is that your job as a leader is to make your team successful. As you make them successful, you’ll be successful.

And when you just boss your team around, you miss out on one of the most important benefits of having a team, their ownership. Yep, when you treat a team with dignity, and you lift them up instead of trying to get them to put you on a pedestal, they take ownership of the cause.

Andy Stanley talked about using power at Catalyst a few years ago. He asked the crowd, “What you do when you realize that you’re the most powerful person in the room?” He let that sit in our minds for a few seconds, and then he said, “What did Jesus do?

He got on His knees, took a towel an wrapped it around His waist, and then He washed the dirt from a bunch of guys dirty, nasty feet.” He chose to use His power by doing something disgusting…serving. And not just serving, but by doing a job that robs you of all pride and ego!

For several years, I played Simon Peter in our Maundy Thursday drama at church. At the beginning, we all walk in to Jesus (played by the fabulous Michael Hall) who’s waiting to wash our feet. The first time I did the play, I went into it thinking it’s just acting. I never expected to have an emotional reaction myself. Then I sat down for Michael to wash my feet, and I realized that a really close friend of mine was actually going to wash my feet.

And since he just happened to be dressed up like Jesus, it had a compounded effect on me. There was no possible way to hold back the tears. For a brief moment I imagined the Great I Am washing my feet and I lost it. How could He humble himself to the lowest level for me? Mmmm.

So my question to you is, “Where’s your towel?” What are you doing to serve your team in a way that strips you of your pride as a leader? Are you going to show your team that you are there for them? Or are you going to stay sitting high and mighty upon your throne? I can promise you this, those who will humble themselves before their teams will gain more than just ownership. They’ll gain loyalty! Give it a try and see if I’m wrong.

Share this with your circles. All the cool kids are doing it.

21 thoughts on “Power In Leadership”