Wait, Don’t Throw That Out.

Home » Financial » Wait, Don’t Throw That Out.
a

Wait, Don’t Throw That Out. 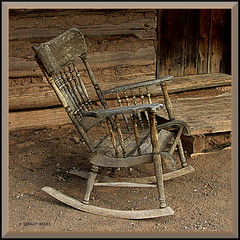 Ken Munday and I were on the way to the airport when he got a phone call from his daughter Maegen. While he was on it, he said something that I had to ask about when he hung up. He said, “Use it up, wear it out, make it do, or do without.”

It sounded like a great financial principle, so I asked where it came from. He said that it came from a friend years ago names Virgil Coffee, and it was something he would say from time to time. Ken and his family have carried on that saying as a way of working through financial decisions like spending money for something that you may already have.

In other words, if you’re working through your debt snowball, do you buy a new couch even though you have one that works? It may have a few dings and scratches, but it’s doable. It’s like throwing out jeans that fit really well just because  someone came out with a new style? (Ok, so you can tell by earlier posts that I have a thing for jeans that fit.)

Another discussion came up along these lines a few weeks ago in a meeting where it was mentioned that people used to hold onto stuff to pass it on. Like furniture, families would save it to pass on to their children to start their lives on their own. That way they didn’t have to go out and spend crazy amounts of money, that they probably don’t have, to furnish an apartment or a house. They could be blessed with enough stuff to start building their life and income, and later could “upgrade” if they could afford it. Items would be passed from generation to generation.

What happened to these concepts? Have we become too proud to use something that has some scratches on it? Or take something that used to be in our grandparents’ home? Are we trying too hard to impress our friends when they walk into our home? Or has it just become too easy to go into debt and get whatever we want? Perhaps with the advent of debt and stuffitis, we’ve become a culture who’s too proud to make the financial decisions needed to get us ahead.

Am I saying you can’t have new stuff? Absolutely not! Doing what I’ve been doing for ten years, I’ve had the opportunity to see tons of families leverage debt to get stuff that they want, stuff that they can’t afford, only to end up in trouble with debt down the road. And I wonder if they just had the mentality of, “Use it up, wear it out, make it do, or do without” where would they be? Just a thought.

Tell me if you agree or disagree. What other great sayings have you heard that have helped you?